July 20, 2021
Define creep of metal.
Creep is a slow deformation of an object loaded at constant stress. It is also called the time-dependent part of the strain of a loaded member. 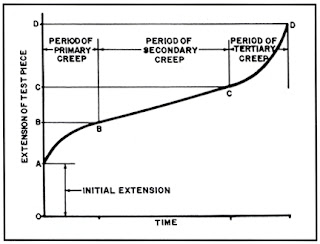 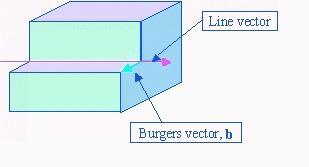 Which elements are to be used for doping silicon to make it a p-type semiconductor?
Boron, Aluminium, Indium and Gallium.
Define the drift mobility of electrons in semiconducting materials.
Drift mobility is the drift velocity per unit field gradient. Or dimensionally it is given by m.sec⁻¹/V m⁻¹  = m² V⁻¹ sec.⁻¹.
What is meant by zone refining?
Zone refining is the process of separating impurities from a solid (crystals). It is done by first melting it and then solidifying it at a controlled temperature. The solid phase separating, in the beginning, is purer than the liquid and the subsequent by solidifying portions. The purer phase is separated and the process is repeated to further remove the impurities. In the case of silicon and germanium, after zone refining, only one impurity atom can be left per 10¹⁰ atom of the solvent.
State Matthiessen's rule.
According to this rule, the resistivity r  of a conductor is given by

is the thermal part of the resistivity and

is the residual resistivity due to solute atoms and other imperfections in the crystal.
State Curie law for paramagnetic materials.
This law states that magnetic susceptibility is inversely proportional to absolute temperature (T). It is expressed as C/T. Where the constant C is called the curie constant.
What are garnets?
garnets are non-metallic soft magnetic materials. These are usually prepared by powder compacting (sintering) process.
What is meant by a 'spinel’?
Spinels are compounds with two different cations A⁺⁺ and B⁺⁺⁺ and oxygen as the anion. A typical group of such materials are ferrites. These are ferromagnetic in nature.
---
The study material for AMIE/B Tech/Junior Engineer exams is available at https://amiestudycircle.com