August 07, 2021
Write briefly about each of the following
The access time of a Disk
Disk access time is the total time it takes the computer to process a data request from the processor and then retrieves the required data from a storage device.
A simple data type
Simple data types have the following characteristics:
A relational Algebra
Relational algebra is a procedural query language, which takes instances of relations as input and yields instances of relations as output. It uses operators to perform queries.
Accumulator Register
In a computer's central processing unit (CPU), an accumulator is a register in which intermediate arithmetic and logic results are stored.
Full form of FORTRAN and the reason behind it
FORmula TRANslation was originally developed by John Backus at IBM in the 1950s especially to support numeric and scientific computing. It is one of the oldest programming languages that allows easy translation of math formulas into code.
FAQ
Frequently Asked Questions
ATM
Automated Teller Machine. An automated teller machine (ATM) is an electronic banking outlet that allows customers to complete basic transactions without the aid of a branch representative or teller. Anyone with a credit card or debit card can access cash at most ATMs.
Attach
Attaching is the process of mounting. Attaching a volume simply attaches the volume as a block device to the instance. This action only allows the device to be visible within the operating system.
Short Integer
A short integer can represent a whole number which may take less storage, while having a smaller range, compared with a standard integer on the same machine.
Cross Compiler
A cross compiler is a compiler capable of creating executable code for a platform other than the one on which the compiler is running. For example, a compiler that runs on a Windows 7 PC but generates code that runs on Android smartphones is a cross compiler. 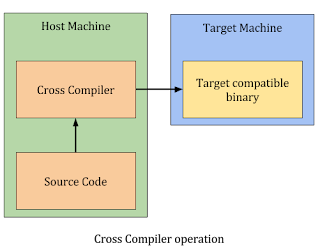