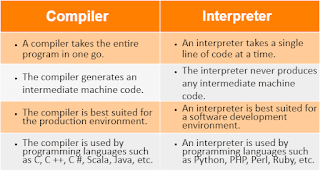 How is assembly language different from machine language?
Machine language is the computer programming language that can be used for direct programming of the machine. All you needed is a machine and knowledge of the language but the problem with machine language is that it requires 100% accuracy which is extremely difficult. Due to the hard learning of machine language assembly languages are used. Assembly languages are used to create a program on a computer and then the assembler is used to convert the program into binary code of machine-level code.
What is the distributive law of Boolean algebra? Use the law to prove that A + A'B = A + B.
Distributive law is
a + b.c = (a + b)(a + c)
(a + b).c = ac + bc
Using this
A + A’B = (A + A’) (A + B) = 1(A + B) = A + B
What is meant by a protocol in computer communication?
In telecommunications, a communication protocol is a system of rules that allow two or more entities of a communications system to transmit information via any kind of variation of a physical quantity. These are the rules or standard that defines the syntax, semantics and synchronization of communication and possible error recovery methods. Protocols may be implemented by hardware, software, or a combination of both.
In data transmission through the internet, are data packets received at the destination in the same order in which they were transmitted?
They must come in the same order.
What is meant by BIOS?
BIOS (basic input/output system) is the program a personal computer's microprocessor uses to get the computer system started after you turn it on. It also manages data flow between the computer's operating system and attached devices such as the hard disk, video adapter, keyboard, mouse and printer.
What is the decimal equivalent of hexadecimal number (2B0A)₁₆?