September 29, 2021
Explain the following terms in brief
Final Value theorem
In the solution of Networks, Transient, and Systems sometimes we may not be interested in finding out the entire function of time f(t) from its Laplace Transform F(s), which is available for the solution. It is very interesting to find that we can find the first value or last value of f(t) or its derivatives without having to find out the entire function f(t).
If F(s) is given, we would like to know what is F(∞), Without knowing the function f(t), which is Inverse Laplace Transformation, at time t→ ∞. This can be done by using the property of Laplace Transform known as the Final Value Theorem. The final value theorem and initial value theorem are together called the Limiting Theorems.
If f(t) and f'(t) both are Laplace Transformable and sF(s) has no pole in jw axis and in the R.H.P. (Right half Plane) then, 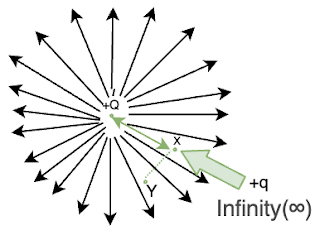 Electric Potential Difference
The energy possessed by Electric charges is known as electrical energy. A charge with higher potential will have more potential energy and the charge with lesser potential will have less potential energy. The current always moves from higher potential to lower potential. The difference in these energies per unit charge is known as the electric potential difference.
Displacement Current
Displacement current is a quantity appearing in Maxwell’s Equation. It is defined in terms of the rate of change of the electric displacement field. The units of displacement current are the same as that of electric current density. Displacement current is not an electric current caused due to moving of charges(called conventional current), but it is caused by a time-varying electric field.
If we consider a capacitive circuit, we can see there is current flowing through the circuit. But if you look at the capacitor plates, there is a small empty region in between them.  Then how the circuit is completed?  The circuit is completed despite the small space because there is displacement in that region which is developed as a consequence of the electric field in between the plates.
The curl of a vector
See this link
Superposition theorem
Superposition theorem states that in any linear, bilateral network where more than one source is present, the response across any element in the circuit, is the sum of the responses obtained from each source considered separately while all other sources are replaced by their internal resistance. Superposition theorem is a circuit analysis theorem that is used to solve the network where two or more sources are present and connected.
The application of this theorem is both the AC & DC circuits where it assists to build the circuits like “Norton” as well as “Thevenin” equivalent circuits.
See example and circuit diagram
Equipotential surface with an example
Electric potential is the potential energy per unit charge. Potential on an equipotential surface is constant through the surface. The direction of the electric field is perpendicular to the equipotential surface. 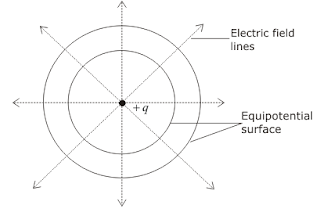 At every point on the equipotential surface, electric field lines are perpendicular to the surface. This is because potential gradient along any direction parallel to the surface is zero i.e.,
E = - (dv/dr) = 0
so component of electric Field parallel to equipotential surface is zero.
Transfer function of a system with its limitation.
A transfer function is expressed as the ratio of the Laplace transform of output to the Laplace transform of input assuming all initial conditions to be zero.
Consider a system whose time-domain block diagram is
where, r(t) = input and c(t) = output
Now taking Laplace transform then
Now the transfer function G(s) is given by
G(s) = C(s)/R(s)
Disadvantages of Transfer function
---
The study material for AMIE/B Tech/Junior Engineer exams is available at https://amiestudycircle.com
AMIE - Circuit & Field Theory