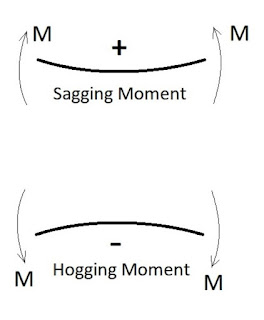 Similarly the bending moment (B.M.) at a section is considered negative if the bending moment at that section is such that it tends to bend the beam to a curvature having convexity at the top. The positive B.M. is often called sagging moment and negative B.M. as hogging moment.
What is a spring? What are their types and applications?
Springs are the elastic bodies which absorb energy due to resilience. The absorbed energy may be released as and when required. A spring which is capable of absorbing the greatest amount of energy for the given stress, without getting permanently distorted, is known as the best spring. The two important types of springs are:
Leaf springs
The laminated or leaf spring (also known as flat spring or carriage spring) consists of a number of flat plates (known as leaves) of varying lengths held together by means of clamps and bolts, as shown in the figure.
These are mostly used in automobiles. The major stresses produced in leaf springs are tensile and compressive stresses.
Helical Springs
Helical springs are the thick spring wires coiled into a helix.
They are of two types: (i) close coiled helical spring (ii) open coiled helical spring.
Close-coiled helical springs: Close-coiled helical springs are the springs in which the helix angle is very small or in other words the pitch between two adjacent turns is small. 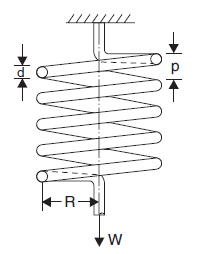 Modulus of rigidity
The ratio of tensile stress or compressive stress to the corresponding strain is constant. This ratio is known as Young’s Modulus or Modulus of Elasticity or modulus of rigidity and is denoted by E.
E = stress/strain = σ/e
State principle of superposition
Principle of Superposition. When a number of loads are acting on a body, the resulting strain, according to the principle of superposition, will be the algebraic sum of strains caused by individual loads.
Define the term bending moment and shear force.
Shear force
The algebraic sum of the vertical forces at any section of a beam to the right or left of the section is known as shear force. It is briefly written as S.F.
Bending moment
The algebraic sum of the moments of all the forces acting to the right or left of the section is known as the bending moment. It is written as B.M.
What assumptions are taken in the analysis of shear stresses in beams?
State the limitation of governing differential equation of beams.
Beam theory is founded on the following two key assumptions known as the Euler-Bernoulli assumptions: 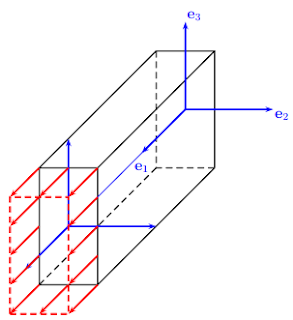 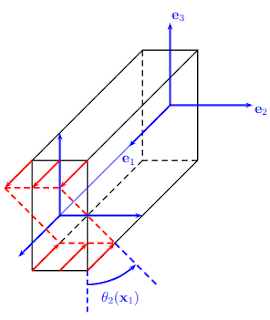 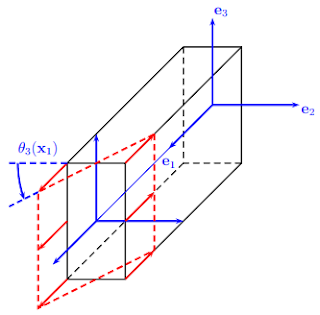 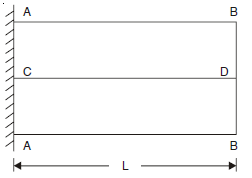