1. (a) In the Earth's atmosphere this window is roughly the region between 8 and 14 μm, although it can be narrowed or closed at times and places of high humidity because of the strong absorption in the water vapour continuum or because of blocking by clouds.
2. (c) A ratio used to predict ground vibrations. As commonly used in blasting, scaled distance is the ratio of the distance from the blast, in metres, to the square root of the maximum instantaneous charge weight, in kilograms.
3. (d) It is the chemical reaction of sunlight, nitrogen oxides and volatile organic compounds in the atmosphere, which leaves airborne particles and ground-level ozone.
4. (a) Flocculating agents are chemical additives that cause suspended solids to form aggregates called flocs. These agents are used in water treatment, municipal and industrial waste treatment, mineral processing, and papermaking. Flocculating agents are either inorganic salts or water-soluble organic polymers.
5. (b) Nitrogen-fixing bacteria, microorganisms capable of transforming atmospheric nitrogen into fixed nitrogen. Plants that contribute to nitrogen fixation include the legume family – Fabaceae – with taxa such as clover, soybeans, alfalfa, lupins, peanuts, and rooibos. Legumes are able to form a symbiotic relationship with nitrogen-fixing soil bacteria called rhizobia. The result of this symbiosis is to form nodules on the plant root, within which the bacteria can convert atmospheric nitrogen into ammonia that can be used by the plant.
6. (d) The ozone layer is one layer of the stratosphere, the second layer of the Earth's atmosphere.
7. (c) 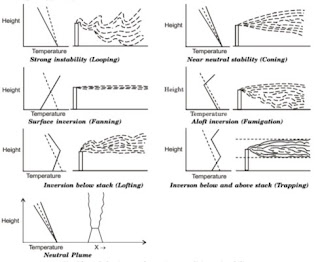 8. (a) The operator and passengers shall not be exposed to noise level that exceeds an eight-hour equivalent continuous sound pressure level of 85 dB(A) and wherever it exceeds 85 dB(A), Personnel Protection Equipment (PPE) of adequate strength shall be used by the operators and passengers.
9. (a) Oxygen is considered as poorly soluble in water. Its solubility is related to pressure and temperature. In freshwater, DO reaches 14.6 mg/L at 0 °C and approximately 9.1, 8.3, and 7.0 mg/L at 20, 25, and 35 °C, respectively, and 1 atm pressure.
Dissolved oxygen (DO) is the amount of oxygen that is present in water. Water bodies receive oxygen from the atmosphere and from aquatic plants. Running water, such as that of a swift moving stream, dissolves more oxygen than the still water of a pond or lake.
10. (b) Turbidity is measured in NTU (Nephelometric Turbidity Units). The instrument used for measuring it is called nephelometer or turbidimeter, which measures the intensity of light scattered at 90 degrees as a beam of light passes through a water sample.
---
AMIE - Environmental Pollution and Control in Mines