What is the proof stress?

The proof stress of a material is defined as the amount of stress it can endure until it undergoes a relatively small amount of plastic deformation. Specifically, proof stress is the point at which the material exhibits 0.2% of plastic deformation.
A straight line offset at 0.2% strain is extended parallel to the linear portion of the graph until it meets the stress-strain curve. The stress at the intersection between this line and the curve is the value of the proof stress. 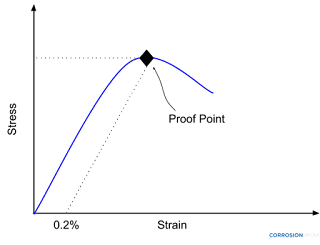 What is the proportionality limit?

The proportional limit is defined as the highest stress at which stress and strain are directly proportional so that the stress-strain graph is a straight line such that the gradient is equal to the elastic modulus of the material. 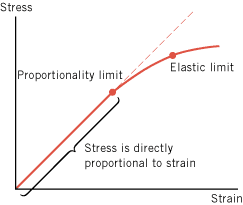 What is strain hardening?

Strain hardening also referred to as cold working or work hardening, is the process where metals are made stronger and harder through permanent deformation.

Why intensifier is used in the AWJ machine?

What is arc blow in welding?

Magnetic arc blow, also known as arc wander is the arc deflection caused by the distortion of the magnetic field produced by an electric arc current. When welding ferromagnetic steels, lack of fusion imperfections can be caused by uncontrolled deflection of the arc, usually termed arc blow.

Twinning is a form of deformation caused by shear stress. The plane of atoms forms into two mirror-image planes along a boundary called the twin plane. 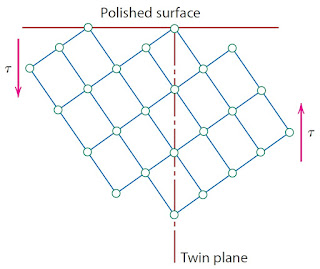 What is casting yield?

Expandable graphite is also used in metallurgy to cover melts and moulds. The material serves here as oxidation protection and insulator.

What do you understand by the term "modulus extension factor" used in the design of riser in casting?