Simultaneous (concurrent) Engineering - A way of simultaneously designing products, and the processes for manufacturing those products, through the use of cross-functional teams to assure manufacturability and to reduce cycle time.

Give an example of a design for maintenance.

Design for Maintainability (DfM) is the practice of integrating operations and maintenance considerations into project planning and design to achieve effectiveness, safety, and economy of maintenance tasks during the lifespan of a facility.
For example, replacing all the fluorescent lights in an office once a year can be cheaper than replacing lights individually as they fail, because labor is used more efficiently. Since maintainability is designed in, it is important to specify both reliability and maintainability targets early in the design cycle.

State the functions of electrolytes in ECM.

Electrolytes are substances that become ions in solution and acquire the capacity to conduct electricity. The electrolyte has three main functions in the ECM process.
Electrolytes must have high conductivity, low toxicity and corrosivity, and chemical and electrochemical stability. 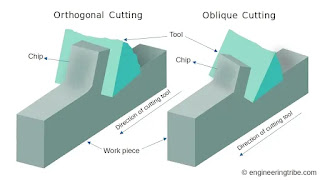 What is the purpose of lapping?

Lapping is a machining process in which two surfaces are rubbed together with an abrasive between them, by hand movement or using a machine. It is a process reserved for products that demand very tight tolerances of flatness, parallelism, thickness or finish.

Differentiate between design verification and validation.

Validation is focused on establishing the design's accuracy and reliability in relation to the user's demands. This is the step in which you construct a version of the product and evaluate it against the customer’s requirement.
Design verification is a process that examines and shows proof to certify that the outcome of a specified software product satisfies the input requirements.

The main difference between hard and soft automation is that hard automation requires physical changes to improve functionality while soft automation machines are programmed through a computer interface.

State the concept of robust design.

Robust product design is a concept from the teachings of Dr. Genichi Taguchi. It is defined as reducing variation in a product without eliminating the causes of the variation. In other words, making the product or process insensitive to variation.
Examples of robust design include umbrella fabric that will not deteriorate when exposed to varying environments (external variation), food products that have long shelf lives (internal variation), and replacement parts that will fit properly (unit-to-unit variation).
---
The study material for AMIE/Junior Engineer exams is available at https://amiestudycircle.com
AMIE - Design & Manufacturing