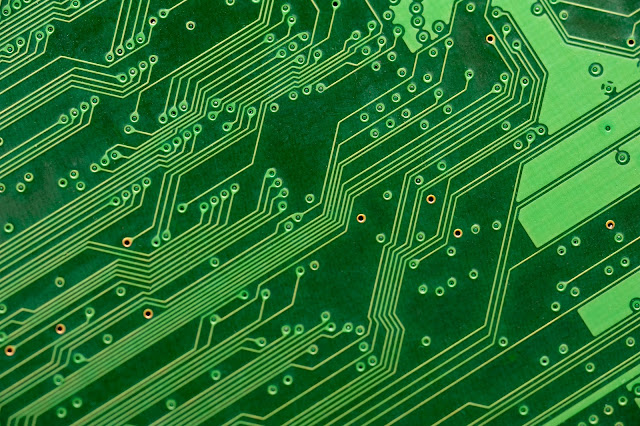 Choose the correct answer for the following (10 x 2)
1. In the common mode,
(a) Both inputs are grounded
(b) The outputs are connected together
(c) An identical signal appears on both the inputs
(d) The output signal are in-phase
2. The differential gain is ____
(a) Very high
(b) Very low
(c) Dependent on input voltage
(d) About 100
3. The input impedance of a differential amplifier equals r’e times _____
(a) β
(b) RE
(c) RC
(d) 2β
4. An astable multivibrator also known as
(a) One shot multivibrator
(b) Free-running multivibrator
(c) Biastable multivibrator
(d) Monostablc multivibrator
5. Which among the following are regarded as three-pin voltage regulator ICs ?
(a) Fixed voltage regulators
(b) Adjustable voltage regulators
(c) Both (a) and (b)
(d) None of the above
6. The standard value for Intermediate Frequency (IF) in double conversion FM receivers is
(a) 455 KHz
(b) 580 KHz
(c) 10.7 MHz
(d) 50 MHz
7. Operations of computer arithmetic and logic unit are directed by
(a) ALU itself
(b) Program
(c) Control unit
(d) Memory unit
8. In a DVM, a signal conditioning circuit is used
(a) To bring current to a suitable limit
(b) To bring resistance to a suitable limit
(c) To bring resistance to s suitable limit
(d) To bring voltage to a suitable limit
9. In a DVM, a transducer converts ____
(a) Input to proportional current
(b) Input to proportional power
(c) Input to proportional voltage
(d) Input to proportional resistance
10. What happens if the threshold voltages are made longer than the noise voltages in schmitt trigger?
(a) All the mentioned
(b) Enhance the output signal
(c) Reduce the transition effect
(d) Eliminate false output transition

1. (c)
2.  (a) For an op-amp, the value of differential gain is very high in the order of 106 to 107 while the command mode gain is very less.
3.  (d)
4. (b) An Astable multivibrator is a circuit that automatically switches between the two states continuously without the application of any external pulse for its operation, i.e. it has no stable state. As this produces a continuous square wave output, it is called a free-running multivibrator.
5. (c) There are some characteristics of 3-pin voltage regulators ICs which are given below,
6. (c) Intermediate frequency (IF) is a frequency at which the received carrier frequency is shifted for detection of message signal. The IF is generated by mixing the received carrier with the locally generated signal. The IF is generated and is shifted to further amplifiers and detectors for amplification and detection of message signal respectively. In double-conversion super heterodyne receivers, an intermediate frequency of 10.7 MHz is used, and then a second intermediate frequency of 470 kHz is used.
7. (c) Control unit (CU), extracts instructions from memory and decodes and executes them, calling on the ALU when necessary.
8. (d) In a DVM, signal conditioning circuit is used. It converts the input signal into an voltage of suitable limit. This is done so that the voltmeter can read the magnitude of the signal correctly.
9. (c)  In a digital voltmeter, a transducer is used. In general a transducer converts a physical quantity into an electrical signal. In a DVM the transducer converts the input signal into a proportional voltage.
10. (d) In Schmitt trigger, if the threshold voltage VUT and VLT are made larger than the input noise voltage. The positive feedback will eliminate the false output transition.
---
The study material for AMIE/Junior Engineer exams is available at https://amiestudycircle.com
AMIE - Design of Electronic Devices & Circuits