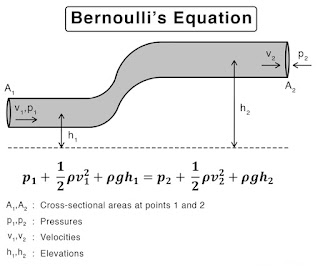 Stokes flow also named creeping flow or creeping motion, is a type of fluid flow where advective inertial forces are small compared with viscous forces. The Reynolds number is low, i.e. Re << 1. This is a typical situation in flows where the fluid velocities are very slow, and the viscosities are very large.

What is Reynold’s analogy?

In fluid dynamics, Couette flow is the flow of a viscous fluid in the space between two surfaces, one of which is moving tangentially relative to the other. The relative motion of the surfaces imposes shear stress on the fluid and induces flow.

Differentiate between free turbulence and turbulence.

Turbulence can be generated in two ways: (1) by friction forces at solid walls (or surfaces)
and (2) by the flow of fluid layers with different velocities past the other. These two types
of turbulence are, respectively, known as wall turbulence and free turbulence.

What is Prandtl Mixing Length?

The mixing length is the distance that a fluid parcel will keep its original characteristics before dispersing them into the surrounding fluid. Here, the bar on the left side of the figure is the mixing length. 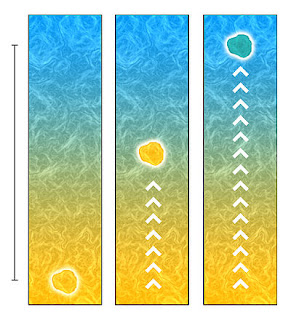 State the similarities and differences between NewtonV law of viscosity and Fourier’s law of heat conduction.

Fourier’s law states that the negative gradient of temperature and the time rate of heat transfer is proportional to the area at right angles of that gradient through which the heat flows.

The physical significance of Schmidt and Grashof's number

Grashof number, Gr, as the ratio between the buoyancy force and the viscous force:

It can be written as

= bupyant force x (inertia force/visous force2)
Schmidt number (Sc) is a dimensionless number defined as the ratio of momentum diffusivity (kinematic viscosity) and mass diffusivity, and it is used to characterize fluid flows in which there are simultaneous momentum and mass diffusion convection processes.

Sieder- Tate modified the Dittus Boelter equation and accounted for the viscosity fluctuation with temperature when the temperature difference between the surface and the fluid is substantial.

The Sieder-Tate equation is valid for

For a steady flow through a control volume with many inlets and outlets, the net mass flow must be zero.
AV = constant
---
The study material for AMIE/Junior Engineer exams is available at https://amiestudycircle.com
AMIE - Transport Phenomena