What are the factors on which diffusivity depends?

Stokes flow also named creeping flow or creeping motion, is a type of fluid flow where advective inertial forces are small compared with viscous forces. The Reynolds number is low, i.e. Re << 1. This is a typical situation in flows where the fluid velocities are very slow, and the viscosities are very large. 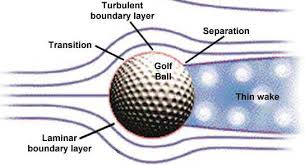 According to Prandtl - the Blasius relation, the thickness of the boundary layer in laminar flow is

and thickness of boundary layer in a turbulent flow,

where
x = Distance between the leading edge of the body and the section where the thickness of the boundary layer is required, and
Rnx = Reynold’s number at a distance x from the leading edge.

The physical significance of Prandtl and Schmidt numbers

Schmidt number (Sc) is a dimensionless number defined as the ratio of momentum diffusivity (kinematic viscosity) and mass diffusivity, and it is used to characterize fluid flows in which there are simultaneous momentum and mass diffusion convection processes.
In heat transfer problems, the Prandtl number controls the relative thickness of the momentum and thermal boundary layers. When Pr is small, it means that the heat diffuses quickly compared to the velocity (momentum).

For a steady flow through a control volume with many inlets and outlets, the net mass flow must be zero.
AV = constant

Differentiate between turbulence and wall turbulence.

Turbulence can be generated in two ways: (1) by friction forces at solid walls (or surfaces)
and (2) by the flow of fluid layers with different velocities past the other. These two types
of turbulence are, respectively, known as wall turbulence and free turbulence.

The analogy between momentum and heat transfer

Condensation over a flat vertical wall

Film condensation occurs when the temperature of a vertical, impermeable, and wettable wall next to a porous medium saturated with vapour falls below saturation temperature. 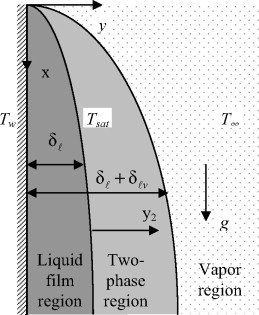 In addition to gravity-driven downward liquid flow, the liquid also infiltrates the vapour region due to capillary force. The latter will create a two-phase region between the liquid film and the vapour region, where both condensate and vapour are present.

Effect of pressure and temperature of mass diffusivity

In fluid dynamics, Couette flow is the flow of a viscous fluid in the space between two surfaces, one of which is moving tangentially relative to the other. The relative motion of the surfaces imposes shear stress on the fluid and induces flow.
---
The study material for AMIE/Junior Engineer exams is available at https://amiestudycircle.com
AMIE - Transport Phenomena