What is the difference between linear and nonlinear systems?

A control system is known as linear if it satisfies the additive property as well as the homogeneous property.
Additive Property: If x and y belong to the domain of the function f, we can write
f(x + y) = f(x) + f(y)
Homogeneous Property: For any x belonging to the domain of the function f and for any scalar constant α, we can write
f(αx) = αf(x)
The principle of superposition is a combination of the above two properties. If a function satisfies the above two properties, it is said to be linear in nature.
If f(x) = x3, it is obvious that f(x + y) = (x + y)3 ≠ x3 + y3 and f(αx) = (αx)3 = α3x3 # α(x)3. Therefore the function f(x) = x3 is non-linear.

Explain the working standards in the measurement system.

Working Standards Working standards are the principal tools of a measurement laboratory. They are used to check laboratory instruments for accuracy and performance. These standards are used to perform comparison measurements in industrial applications. For example, manufacturers of components such as capacitors, resistors etc. use a standard called a working standard for checking the
component values being manufactured, e.g. a standard capacitor for checking of capacitance value
manufactured.

Give one example of the closed-loop control system. 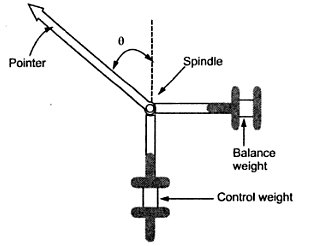 Write any two basic requirements for an oscillatory circuit.

Write the expression for electrostatic deflection.

What is the difference between a wattmeter and an energy meter?